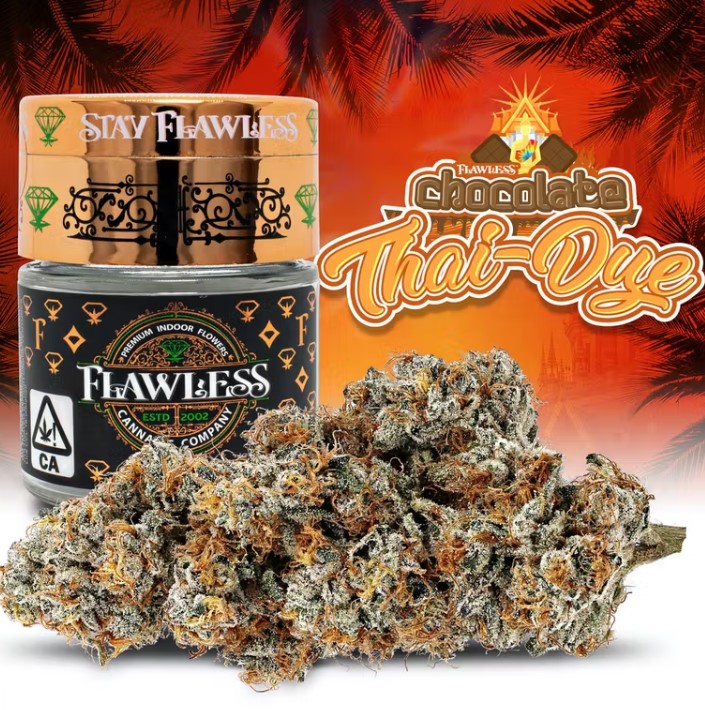 Chocolate Thai-Dye is a new potent sativa strain bred and cultivated by Flawless Flowers. Flower Aroused Chestnut Chocolate Thai Euphoric Relaxed Sativa Spicy/Herbal Vanilla About this strain: Chocolate Thai A rare strain that dates back to the ’70s and ’80s, Chocolate Thai was discovered in Thailand and reportedly popularized by the breeder Dutch Flowers. While it was popular in the days when cannabis was entering the U.S. and international markets from Thailand, Chocolate Thai has lost some of its luster due to its low THC content, reportedly ranging between 12% and 16%. As its name would suggest, Chocolate Thai is said to have a chocolatey flavor profile, while the small, dense buds tend to take on a dark, coffeelike appearance. One sample of Chocolate Thai, analyzed by the cannabis testing lab Analytical 360, had THC levels exceeding 15% and a terpene profile dominated by humulene and caryophyllene. SnowHigh Seeds has a strain called Chocolate Thai BX, which is a backcross of two Chocolate Thai phenotypes and a Big Sur Holy Weed male. Breeder DNA Genetics also used a Chocolate Thai phenotype to produce its popular Chocolope strain.